Who is ‘patient zero’ of COVID-19 coronavirus pandemic? Here’s what we know 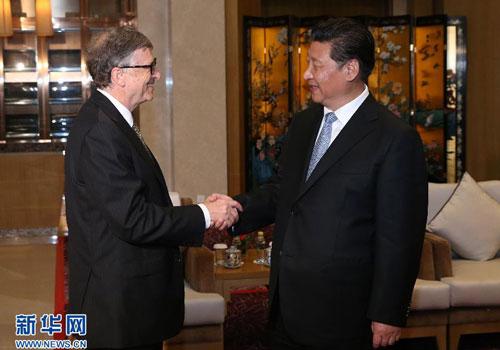 In a 2019 Netflix documentary, billionaire Bill Gates predicted a killer virus could originate in China's wet markets to rapidly infect the world. In what now appears to be an eerie premonition of future events, the Microsoft tycoon warned in an episode of the Netflix 'Explained' series that the world was ill-prepared to deal with a global pandemic.

In the series aired late last year Mr Gates had warned of the likelihood of a virus breaking out in one of China's wet markets - exactly like the one in Wuhan where this new outbreak of Coronavirus is believed to have originated.

In the episode titled 'The Next Pandemic' the documentary producers go to a wet market in Lianghua, China, where animals are killed and the resulting meat sold in the same place. 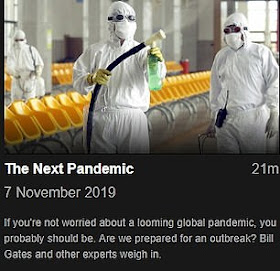 Bill Gates featured in this episode of the 'Explained' series to discuss the likelihood of a killer virus going global. ©  Netflix

This, the documentary explained, makes the wet markets a 'disease X factory' as the different animal corpses are stacked on top of each other, blood and meat mixing, before being passed from human to human.

'All the while, their viruses are mixing and mutating, increasing the odds that one finds its way to humans,' the documentary goes on to explain.

In the episode, Mr Gates also warned the world was ill-prepared to deal with the implications of the viral spread of disease when cures were often years away.

He said if nothing was done to better prepare for pandemics the time would come when the world would look back and wish it had invested more into potential vaccines.

'If you think of anything that could come along that would kill millions of people, a pandemic is our greatest risk,' he said.

Scientists who have been looking at the current coronavirus outbreak believe it comes from snakes and bats - animals that had been sold live at the Wuhan seafood market, before being killed and eaten.

Previous pandemics have also originated in China, such as the SARS outbreak that came from bats and civet cats. 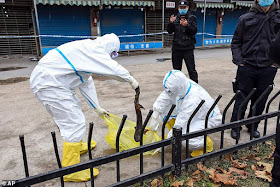 Workers in protective gear catch a giant salamander that was reported to have escaped from the Huanan Seafood Market in Wuhan in central China's Hubei Province. Wet markets such as this one in Wuhan which has been closed have been described as having conditions rife for a viral outbreak. ©  AP

And as the World Health Organisation classes the latest coronavirus outbreak as a global health emergency, the race is on to find a vaccine.

The number of cases have been rapidly growing each day and the death toll has surpassed 200.

Scientists in Hong Kong and China are reportedly close to finding a vaccine and testing it for use.

Coronavirus Virus - Is Motive Profit or Depopulation (or both)? 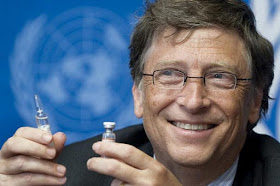 The Bill and Melinda Gates Foundation co-hosted a pandemic exercise in late 2019 that simulated a global coronavirus outbreak.

They also just happen to fund the group who owns the patent to the deadly virus and are working on a vaccine to solve the crisis.

On June 19, 2015, the UK government-funded Pirbright Institute filed an application for a patent for the live coronavirus, which was approved on Nov 20, 2018.

Suspiciously, a Pirbright Institute "primary funder" is the Bill and Melinda Gates Foundation.

Specifically, the Bill and Melinda Gates Foundation donated $189,232 to the Pirbright Institute in a 2013 grant looking "to improve our understanding of, and effective use of, current control tools and measures (including vaccines) against peste des petits ruminants and foot and mouth disease, two serious diseases affecting livestock that are widespread in developing countries."

Then, in November of 2019, the Pirbright Institute's website published an article focusing on the Bill & Melinda Gates Foundation's funding of "a Livestock Antibody Hub" to the sum of $5.5 million.

The deadly virus, called the Wuhan coronavirus based on the Chinese city it emanated from, comes just years after a controversial lab was opened in Wuhan to work with the world's most dangerous pathogens.

As of Febuary 2, the virus made its way to America with about 9 confirmed cases.

Now, a report out of Texas on Thursday claims officials at the Brazos County Health District are investigating a suspected case of the coronavirus.

At the time of writing this article, the death total has reached 361 and the estimated number of people infected with coronavirus in Wuhan is around 18,000.

But don't worry, the same globalists who own the patent to the virus and predicted its rise are "scrambling to develop vaccines for the deadly Wuhan coronavirus."

According to Business Insider, "A coalition backed by Bill Gates is funding biotechs" who are attempting to develop a coronavirus vaccine.

Is this illness being intentionally spread so governments worldwide can join forces in the name of stopping the virus, or so groups like the Bill and Melinda Gates Foundation can step in and become saviors, or is it all just a massive coincidence?

The good news is internet users are wise to the activities of the Gates' and the global elite's depopulation agenda.

Bill Gates Is The Antichrist