Bill Gates Is The Antichrist 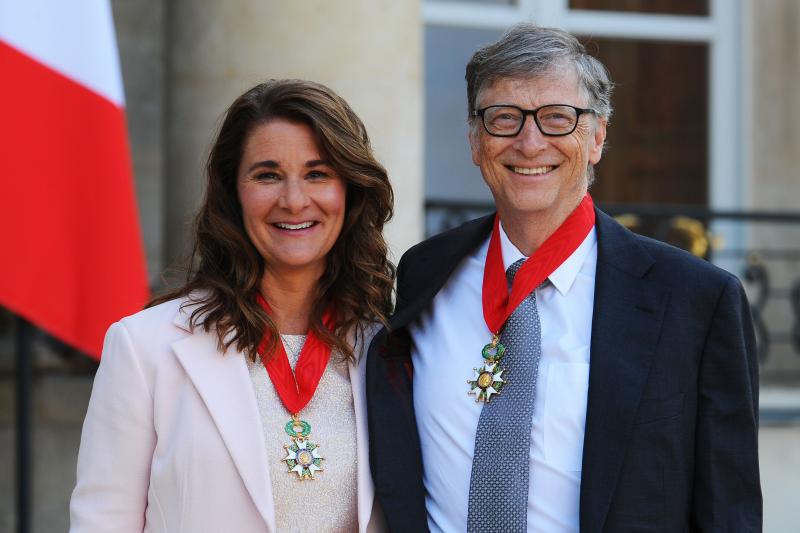 Did you know that Bill Gates' real name is William Henry Gates III? Nowadays, he is known as Bill Gates (III) where III means the order of third. So what's so eerie about this name?

Well, if you take all the letters in Bill Gates III and then convert it into ASCII code (American Standard Code for Info. Interchange) and then add up all the numbers....you will get 666, which is the number of the beast.

Add these numbers and they equal 666. Coincidence? Perhaps....

Still think it is coincidence? Stay with me....it gets better. For those of you who still have the old excel 95 (not office 97) try this out: (this really works)

1 - Open a new file
2 - Scroll down to row 95
3 - Click on the row 95 button to highlight the entire row
4 - Press tab to move to the second column
5 - Now, move your mouse and click on help at the top
6 - Then click on "about Microsoft excel"
7 - Press ctrl-alt-shift and click on the tech support button at the same time.

A window will appear with the title: THE HALL OF TORTURED SOULS.

This is really eerie, okay! It has a doom style format and you can walk all around the hall using the arrow keys. On the sides of the walls are the names of the tortured souls....now walk up the stairs and then come back down, facing the blank wall. Now type in EXCELKFA; this will open the blank wall to reveal another secret passage, walk through the passage and do not fall off. This is difficult to do.

When you get to the end you will see something really, really eerie.

As of this point in time, countless witnesses all over the world have verified that it is a real eye opener. It could be a joke by MS programmers. Or is it?

Would it be too surprising if Bill Gates was the antichrist? After all, the bible foretold that someone powerful would rise up and lead the world to destruction. And Bill Gates definitely has this kind of power in his hands.

More than 80% of computers in the world today run on windows and DOS (including those at the Pentagon). If all of his products have some kind of small program embedded, like this "hall of tortured souls," that can give him control to set off nuclear arsenals, create havoc in security systems and financial systems all over the world, etc. All from his headquarters.

This isn't too far from reality. Just by using the Internet Explorer may just allow him to map out what you have on your computer bit by bit each time you log on. Perhaps the end of time is near and this is just the tip of the iceberg?

Quote from the Bible:

"He also forced everyone, small and great, rich and poor, free and slave, to receive a mark on his right hand or on his forehead, so that no one could buy or sell unless he had the mark, which is the name of the beast or the number of his name. This calls for wisdom. If anyone has insight, let him calculate the number of the beast, for it is man's number. His number is 666." Revelation 13:16-18 NIV

This is something you should think about. If the Bible, in the book of Revelations, says that without the sign of the beast, one would not be able to buy, sell, do business transactions, etc., then my question to you now is this....

Is the Internet a necessity today for doing business? The Internet also bears the sign. Note that the Internet is often referred to as the World Wide Web, or www. Another way to write W is V/ or VI.

Here is something to ponder. Isn't everything going towards the Internet? (i.e., buying, selling, business transactions) Isn't Microsoft always on the move to have a monopoly when it comes to software technology? And now the Internet?

Revelations also says that the mark of the beast will be carved on one's hand and on one's forehead. If the Internet would indeed be the beast, aren't we all starting to carry it on our hands and foreheads?

The screen is the forehead and the hand uses the mouse.

Are things finally starting to fall into place or are we just letting our imagination run???? Remember, the devil came to cheat, steal and to destroy. So, be vigilant about Bill Gates and Microsoft!