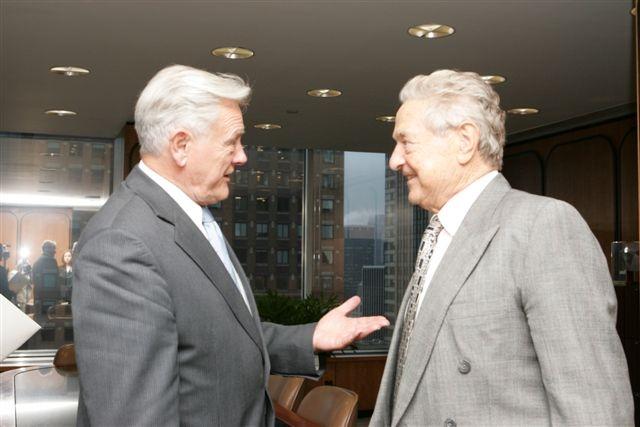 Lithuania, the Labor Party has also questioned Soros’s activities in the country. The party and its parliamentary allies have asked Lithuania’s security services to investigate the ‘financial schemes and networks’ of Soros because of the threat they pose to national security. The Lithuanian parties claim that Soros groups specialize at ‘not consolidating, but dividing, society’. 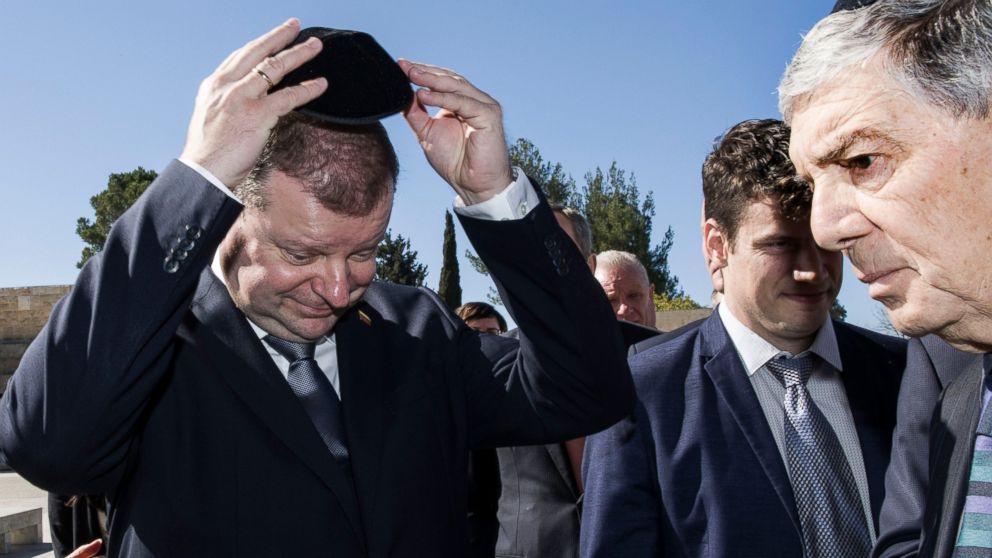 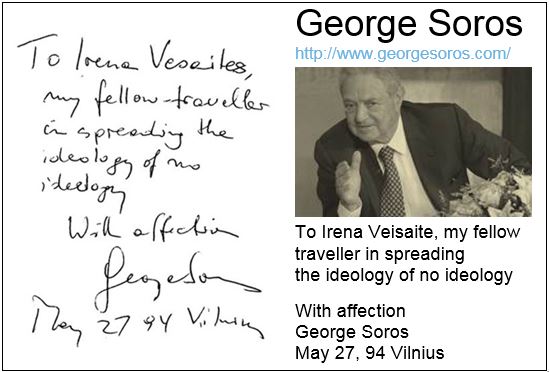 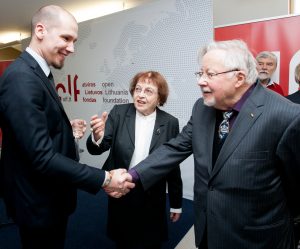 The Open Lithuania Foundation (OLF) organization founded in. Vilnius in 1990 with the support of George Soros

As drug manufacturers speed up their efforts to find a new treatment drug for the coronavirus outbreak that has devastated China and has caused a world-wide panic, a Chinese drug company just announced that it has started mass-producing an experimental drug from Gilead Sciences that has the potential to fight the novel coronavirus (1).

BrightGene Bio-Medical Technology, a Suzhou based company (2), just announced that it has developed the technology to synthesize the active pharmaceutical ingredients of Remdesivir, the drug developed by Gilead Biosciences. Its stock price surged 20% in Tuesday morning trading in Shanghai (1).

“While BrightGene said that it intends to license the drug from Gilead, its move to start manufacturing at this early stage is highly unusual and a potential infringement of the American company’s intellectual property.“(1) This comes a week after Chinese researchers at the Wuhan Institute of Virology filed an application to patent Gilead’s drug Remdesivir to treat the new coronavirus, a bid that would give China leverage over the global use of the therapy to fight the outbreak (1)(3)(4).

The decision to seek a patent instead of invoking a “compulsory license” option that lets nations override drug patents in national emergencies, signals China’s commitment toward intellectual property rights. The timing is uncanny! Right? Gilead will retain the global rights to market the antiviral medication, once approved (3). Gilead has also announced that it is partnering with the Chinese Health Authorities on the clinical trials of Remdesivir as a treatment for coronavirus (5). Remdesivir was originally developed in 2016 by Gilead as a treatment for the Ebola virus (13). Many have argued that China stole the patent from Gilead due to a technicality, but you will soon see that this is indeed not the case (14).

And who exactly is Gilead Biosciences? Gilead is partnered with Wuxi Pharmaceuticals (Wuxi AppTec) owned by New World Order philanthropist and mass manipulator himself, George Soros (6)(7)! Here is a printout of Soros Fund Managaement Portfolio which will confirm this (8)!

Wuxi Pharmaceuticals is conveniently located in the epicenter of the outbreak near Wuhan Institute of Virology that has been implicated as the Bioweapons manufacturer of this coronavirus (10)(11)(12)! Looks like China has both the Bioweapon and the cure! And let’s not forget the patent on the treatment drug! How charitable do you suppose China will be with the west?

According to The Gateway Pundit, doctors at Providence Regional Medical Center successfully treated a coronavirus patient within hours using Gilead’s drug Remdesivir (16). Given the current outbreak that has taken the world by surprise, it’s important to look at all the current players. How is Gilead Biosciences tied to this viral outbreak?

Gilead endorsed and is involved in a drug purchasing group called UNITAID  whose mandate is to create a “patent pool” for pharmaceutical companies to share their “drug patents” with other companies in order to produce generic drugs for distribution to poor African nations (17)(18). The royalties from the sales of these generic drugs are then paid to the patent holders (19). UNITAID emerged from the United Nations 2000 Millennium Declaration, which has now evolved into the UN Global Compact (20)(21). Their internet timeline shows that the UNITAID website Unitaid.org is also linked to Refunite.org an agency partnered with the UN Refugee Agency UNHCR that helps to connect refugees with their families using the internet (22)(23)(24)(25)(26).

UNITAID has several financial backers including: WHO, UNAIDS, Global Fund, and the Roll Back Malaria Partnership. In addition, UNITAID has corporate sponsorship from pharmaceuticals with the “Medicines Patent Pool” (28).

One billionaire investor behind UNITAID is George Soros himself (29). But why stop there? UNITAID is also financed by the Bill and Melinda Gates Foundation and also involves a partnership with the Clinton Health Access Initiative (CHAI) (30)(31). And interestingly enough both UNITAID and Gilead Biosciences supported Hillary Clinton for president in 2016 (32)(33).

UNITAID’s objectives are to exclude high and middle-income countries from “drug pool” while allowing “developing” countries to benefit from lower drug prices (35). In 2009 UNITAID’s board voted to exclude China and other more lucrative nations when considering targeted nations outside of Africa. However, since then all that has changed and UNITAID has now included China in its “drug pool” (36).

Minutes of the Executive Board of UNITAID dated December 5-6, 2018 in Marrakesh Morocco (which coincided with the signing of the UN Global Compact on Migration) stated the following (37)(38):

THE REPRESENTATIVE OF WHO informed the Board of a recent meeting coordinated by WHO with several global health partners (GPEI, GFF, Gavi, Unitaid, Global Fund) to support the development of a common health narrative. With regard to parliamentary engagement, he informed of a new Memorandum of Understanding (MoU) between WHO and the Inter-parliamentary Union and encouraged Unitaid to build on this commitment in its country work. He underlined the important role of Board members in supporting the Unitaid Secretariat by opening new doors and leveraging existing political and other connections. He also gave positive feedback on the recent Unitaid-WHO visit to China, which explored opportunities for engagement.

A year later we now have a Global Pandemic emerging from Mainland China and the Chinese are the holders of the patent for the treatment drug and they are also included in the United Nation’s UNITAID initiative that will see them benefit with lower drug pricing. Furthermore Gilead, a main supporter of UNITAID (39), has also announced that it is partnering with the Chinese Health Authorities on the clinical trials of Remdesivir as a treatment for coronavirus (5). And once approved, Gilead will retain the global rights to market the antiviral medication (3).

UNITAID is the UN and this is bio-warfare, where they control the drugs. China did not steal Gilead’s patent; Gilead was a willing participant, they are even working with the Chinese government on clinical trials. The question remains, how will this impact western nations that are excluded from the acquisition of lower-priced treatment drugs? Will our economies be held hostage to Chinese imperialism? And has the coronavirus outbreak been the vehicle for George Soros, Bill Gates, and the United Nations to implement the New World Order? It sure look’s like it! Checkmate!