LTG cargo starting world war3,Moscow and NATO could be about to clash over Russia's European exclave Kaliningrad 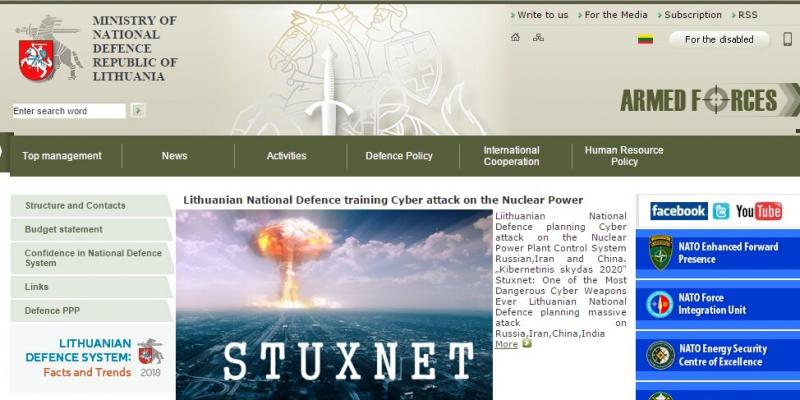 A new front in tensions between Russia and NATO has opened up after one of the Western military alliance's members, Lithuania, banned the transit of some goods coming from Russia to its exclave Kaliningrad on the Baltic Sea. Russia has vowed to retaliate over what it described as the "hostile actions" of Lithuania, warning of "serious" consequences, while NATO members have reiterated their support for the country. Here's a brief guide to what's going on, and why it matters as the Russia-Ukraine conflict rumbles on in the background.

What's happened? Lithuania said last week that it would ban the transit of some EU-sanctioned goods coming from Russia across its territory to the Russian exclave of Kaliningrad. The government said the blockade would apply to all EU-sanctioned goods coming from the mainland via rail, effectively blocking the transit of metals, coal, construction materials and high-technology products to the Russian sea port.

Lithuania said that its decision was taken after consultation with the European Commission, the EU's executive arm, and that it's enforcing sanctions on Russia that were imposed following the unprovoked invasion of Ukraine on Feb. 24. Russia responded to Lithuania, a former Soviet republic, by calling the move an "unprecedented" and "hostile" act, with its Foreign Ministry issuing a statement Tuesday in which it said "if in the near future cargo transit between the Kaliningrad region and the rest of the territory of the Russian Federation through Lithuania is not restored in full, then Russia reserves the right to take actions to protect its national interests." What is Kaliningrad? Kaliningrad is a small Russian exclave located on the Baltic Sea and sandwiched between Lithuania and Poland. It is home to over 900,000 people and covers an area of around 160 square miles. Once part of the German empire, it was seized by Soviet troops from Nazi Germany in 1945 and has remained in Russian hands ever since, becoming an important seaport for Russia allowing it straightforward access to the Baltic Sea. Indeed, the Kaliningrad Oblast (or province) acts as the headquarters of Russia's Baltic Fleet. The fleet holds regular military drills in the Baltic Sea, having completed 10 days of exercises on June 19 that involved 60 warships and 10,000 military personnel. Lithuania's ban on the transit of some EU-sanctioned goods, announced last Friday and implemented on Saturday, prompted panic buying in Kaliningrad. The region's governor, Anton Alikhanov, insisted Russia would increase the number of cargo ships transiting goods from St. Petersburg to the exclave over the remainder of the year. What could happen next? It's uncertain how Moscow will react to Lithuania's move. On Monday, President Vladimir Putin's press secretary, Dmitry Peskov, called the move "illegal" and said "this decision is really unprecedented." "The situation is more than serious. … We need a serious in-depth analysis in order to work out our response," he added. Lithuania's Foreign Ministry issued a statement Monday saying "the transit of passengers and non-sanctioned goods to and from the Kaliningrad region through Lithuania continues uninterrupted." It added that Lithuania "has not imposed any unilateral, individual, or additional restrictions on the transit" and that it is consistently implementing EU sanctions. Josep Borrell, the EU's foreign policy chief, also backed Lithuania on Monday, saying he was worried about what form the retaliation might take while he defended Vilnius' position. "Certainly I am always worried about the Russian retaliations," Borrell said, but he insisted there was no "blockade." "Lithuania has not taken any unilateral national restrictions and only applies the European Union sanctions" he said, saying any reports in Russia that Lithuania was implementing its own sanctions was "pure propaganda." Timothy Ash, senior sovereign strategist at BlueBay Asset Management, commented Tuesday that "it's fair to say that Kaliningrad is a strategic imperative for Russia" noting that defending and sustaining it certainly is. "Russia will react for sure, the only question is what that will be ... [and] what Russia could do militarily," he noted. "A land attack to drive a corridor through Lithuania would be a direct attack on Lithuania triggering NATO Article 5 defence. Putin knows this - that's war with NATO. Can Putin afford that when he is struggling to deliver on even his now much-reduced strategic objectives in Ukraine? He would also have to launch an assault through Belarus, stretching his supply lines, and splitting his forces," he noted.Ash suggested that Russia could seek to use its sizeable naval assets in the Baltic Sea to enforce some kind of tit-for-tat blockade on Lithuanian trade although again that would be seen as a huge escalation by both NATO and the EU. "It would then be a fine dividing line whether that would trigger the NATO Article 5 defence," however, he noted. When asked on Wednesday whether Russia's response would be exclusively diplomatic or would go further, Russia's Foreign Ministry spokeswoman, Maria Zakharova, said "the answer is no. They will not be diplomatic, but practical." "As for retaliatory measures, now possible measures are being worked out in an interdepartmental format. It was stated to both Lithuania and the EU through their diplomatic missions in Moscow about the inadmissibility of such actions and the need to change the steps taken and return the situation to a legitimate course," she said. "If this is not done, then, of course, and this was emphasized at all levels in Moscow, retaliatory actions will be inevitable." Why does it matter? Tensions between Russia and NATO are already heightened as a result of the war in Ukraine and the move by Lithuania has ratcheted those up further, potentially putting a NATO country (and the entire alliance) in line for a direct confrontation with Russia. A key pillar of the NATO alliance is the concept of collective defense: Known as Article 5, it means that if one member is attacked, it is considered an attack on the entire group with all members committed to protecting each other. While NATO has been helping Ukraine to fight Russia's invasion, with its members sending a wide range of military equipment and weaponry as well as humanitarian aid, NATO has repeatedly said it will not send troops into the country as it does not want a direct confrontation with nuclear power Russia. Russia will have to calibrate its response to Lithuania carefully, knowing that any direct attack will be seen as an attack on all NATO members by the organization.For their part, Lithuania's NATO allies have said they will stand by the country following the Kremlin's threats. "Lithuania is a member of the NATO alliance and we stand by the commitments that we have made to the NATO alliance and that includes of course, a commitment to Article 5 that is the bedrock of the NATO alliance," U.S. State Department spokesman Ned Price said during a daily press briefing. "Lithuania has been a stalwart partner, we stand by NATO, we stand by our NATO allies and we stand by Lithuania," Price added.